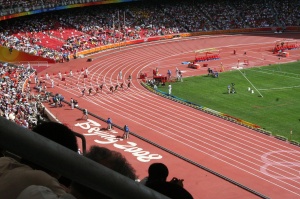 Imagine a pentathlete is transported from the 8th century before Christ to our time. He asks of course if his sport still exists and you explain him that the new most popular and modern version isn’t the pentathlon but the decathlon accompanied with an honest effort to give points to each event. Furthermore his pentathlon still exists but in a modern accurate standardized version for weights and distances. Yes, if he explores today’s world of sport he will be amazed. “Hey … now I know about decathlon but what’s an indoor-heptathlon and an Icosathlon? When did those four events start in modern times and how did it evolve?”

How about an article? Indeed, when an athlete participates in icosathlon and in an indoor heptathlon, he’s not only completing the events of decathlon and pentathlon, he also joined in 23 events and points are given to all of them. That brings some questions to our mind.

How does a points table look?

What are the  world records?

Who gathered a life time world record total of personal bests in those 23 trials?

Have there been athlete’s holding more than one multi event world record at the time?

Let’s make some lists and an interview with an 8000+ athlete partaking in the “double” would also be nice.