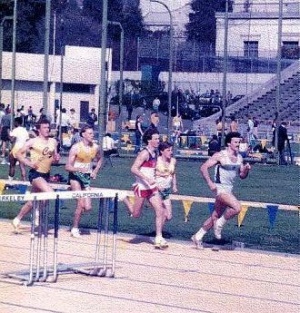 It’s kind of blurry because it was taken with a lousy camera and I zoomed in on the race.

The 4:01.4 felt a LOT harder during the race, because I was fatigued from 2 days of competition and heat, but I felt fine after finishing the race.

That’s the ONLY picture I have that I KNOW is a picture of a PR!