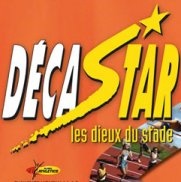 The Decastar meeting is one of the major invitational meetings of the IAAF World Combined Events Challenge. First appearing in 1976, the meeting became an annual fixture by the mid 1980s and will be celebrating its 30th edition this weekend.

Talence is the traditionally the final European stop on the Challenge schedule. The Open Oceania Championships, Commonwealth Games and the Asian Games later this year will complete this season’s Challenge.