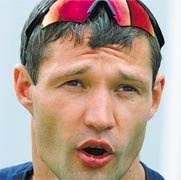 All teams are put together according to the wishes of the competitors. The members of each team are officially announced before the start of the first event. It is not allowed to make any changes in the teams during the competition. Each team may consist of two or more heptathletes from one country, but for the team score the final scores of the best two competitors are added up. Each country may also put together more than one team.

The competition will be tough, so keep your fingers crossed for your favourites!