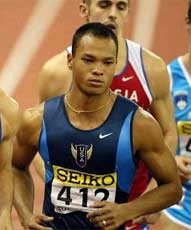 The organizers of the Hypo-Meeting in Götzis, the Austrian leg of the IAAF Combined Events Challenge, have announced the first big names of their fabulous meeting which will take place at the Mösli Stadium, well known as the “Mecca” of the Combined Events, on 26-27 May 2007.

Once again the best Decathlon and Heptathlon specialists in the world will gather for the 33th edition of the meeting which lives up to its glorious tradition.

Reigning world outdoor champion Bryan Clay from the USA will be looking to repeat his last year’s win in Götzis where he scored the world seasonal best of 8677 points. Clay, who is fully recovered from a streak of illness and injury problems which sidelined him from the rest of the 2006 season after Götzis, announced to the organizers that he will pursue the World record set by his rival and friend Roman Sebrle in Götzis in 2001.