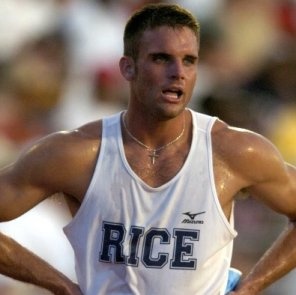 Jon Ryan Harlan from the USA won the tenth Reval Hotels Cup held this weekend in Tallinn, Estonia. The 25-year-old American athlete managed to collect 5969 points wearing an Estonian tracksuit borrowed from the organiser of the competition, Erki Nool, as Harlan’s luggage did not arrive in Tallinn on time.

The 21-year-old Andrei Krauchanka from Belarus was placed the second with a new personal best of 5955 points.

Aleksei Drozdov from Russia, considered to be one of the favourites before the competition, did not do so good and finished the third with only 5897 points.

Madis Kallas from Estonia was the fourth with 5765 and Lars Albert from Germany the fifth with 5726 points. The sixth was another Estonian Mikk-Mihkel Arro, who improved his personal best by 151 points, setting it to 5637.