Clay withdraws from Götzis decathlon to concentrate on US trials (0) 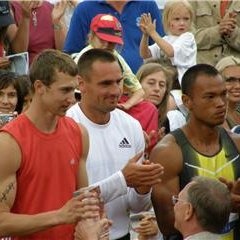 Olympic decathlon silver medalist Bryan Clay has withdrawn from the Hypo Meet to concentrate on the US Olympic team trials in July.

The Hypo Meeting will be held in Götzis on May 31 and June 1.

"Götzis definitely is my favorite meet," Clay said Tuesday in a statement by organizers. "I'll start next year for sure, hopefully as Olympic champion."

The 28-year-old American, who holds the world indoor decathlon title and was the 2005 outdoor world champion, won the IAAF World Challenge event in Götzis in 2006.