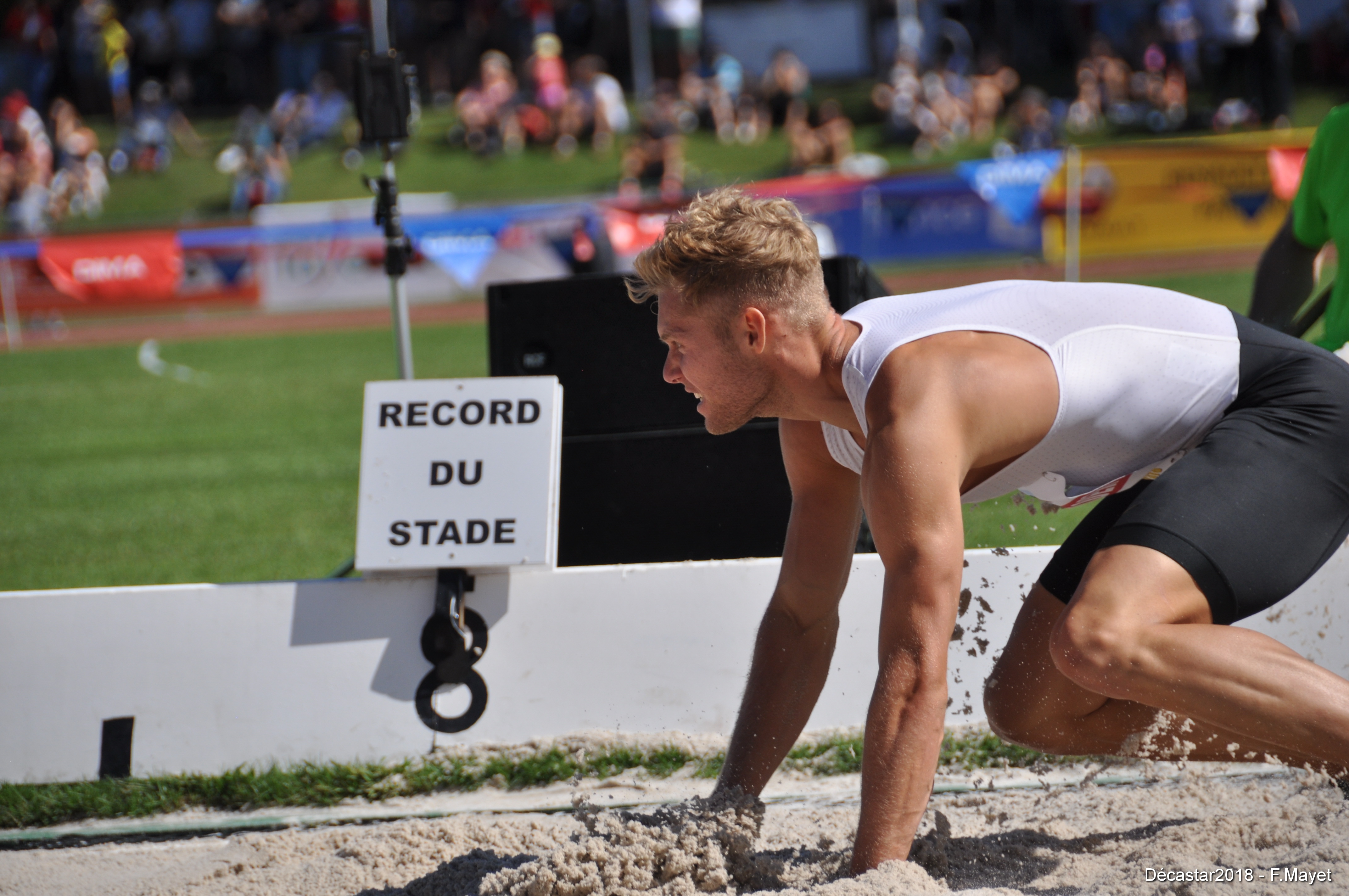 A few weeks ago French newspaper “L’Equipe” proposed Kevin Mayer a scheme for 10.000 points. Can you walk us through the list Kevin? Yes he can.

“I think we are far from that 10.000. People will start talking about 9200 and 9500 but 10.000 looks for the human body impossible… it would be magnificent and who knows maybe one day thinkable  but I will not live to see it. Although I hope I’m wrong about it, but it won’t be me.”

“(With some hesitation…) “Possible since there has been progress every year. Maybe with a 1m/sec wind in the coming two years.”

“Well that is getting sincerely complicated. 8.25 but then with much too much wind. I hope so … I brace myself”

“That’s more of a possibility because I already threw more than 16.50. So maybe with a perfect technic it’s something to look out for. Why not 17.00?”

“If I would work on this one it would be much more possible than the 8.25 long jump.”

“That looks impossible in my case. 47.00 maybe one day but going under the 47 is something I should have to put a huge amount of work in.”

“ This is an event in which I really want to progress. This is really doable. I would love to go under that proposed time.”

“I already did 5.60 – so I’m not so far from it. Who knows with a good wind in my back and considering the fact that I have been progressing each year I hope to do 5.70 in my life. I hope even more.”

“I have to give in here. This is like the long jump and the 400. This are the three events where it really gets hard to expect from me to perform at that standard. My 72 this weekend was already enormously. A life time best of 75 would already be very pleasing but 78? That looks very hard to do.”

“Each year I get better in the sprints and my time in the long distance gets reduced. It’s also known that it’s not the event you may put all your energy in because the influence is not so good for the other events. So I think I will never do 4.15 one day, unless I would have to perform enormously and there’s the luxury of someone who’s performing as a hare  and I’m transcending as never before, but it doesn’t look that this will happen.”

What score do you envisage?

“I think we have here about five impossible proposals. If I can do a perfect decathlon with the increasing line of progression that I have each year in mind, I think 9500 is possible one day. But!!! This is if the perfect decathlon is possible. Only counting on that presumption, because I didn’t thought before my world record to do this as perfect as I did either. For 9500 the circumstances would have to be perfect as well, what means it all looks utopic wright now. Honestly until really experiencing it, I don’t see me do it.