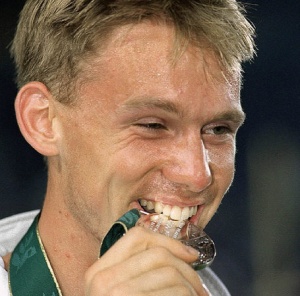 As a rule, a human being is quite a lazy creature who would rather take on something less demanding than toiling away days on end. For example, in sports that lazy creature would rather choose a ball game than the combined events. What is more, it is much more profitable to be a little hand in any football or basketball team than to be a decathlete.

Combined events may be a demanding event, but the more demanding it is, the more appreciation do the world top athletes get.

An excellent example comes from the year 1996 when Germany was choosing its sportsman of the year. That year had been exceptionally successful for German sports. Michael Schumacher was crowned the World Champion in Formula One, Boris Becker won the Grand Slam in tennis, Germany received the title of the European Champion in football and so on. Everything said, it was Frank Busemann, the silver medallist from Atlanta Olympic Games, who was presented with the award of Sportsman of the Year. The Germans know how to value the combined events. Could anyone else think of any similar examples?