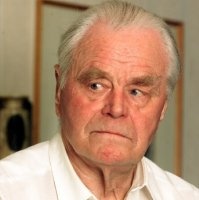 Heino Lipp, the honorary member of the Estonian Olympic Committee, the Estonian Athletic Association and the Sports Society Kalev, died this Monday at the age of 85.

Lipp’s childhood passed in a peasant family not far from the town of Kiviõli in north-eastern Estonia. In addition to doing hard farm work, he also did sports with his brothers just for fun, thus preparing for his future results in sports. In 1944 Lipp, as a young man of 22, was crowned the Estonian champion in decathlon, the king of all track and field events. When Lipp studied at the University of Tartu, the dean of the Faculty of Exercise and Sports Sciences was another legendary Estonian sports persona, Fred Kudu. Kudu supported the naturally talented youngster and during Lipp’s university years, Lipp seized the throne of the USSR champion in shot put, discus as well as decathlon. During the years 1945-1953 Lipp became the twelve-time USSR champion; he also broke thirteen USSR records.

For six years (1946 – 1951) Lipp led the European seasonal rankings in shot put, the event in which the world-class Estonian athlete also set several new European records. In 1948 his results in decathlon (7780 and 7584 points) significantly exceeded those of Robert Mathias, the king of athletics from the USA, who during the same year collected 7139 points at London Olympics and 7222 points at a competition held in the USA.

Afterwards it became known that on the initiative of the US athletics magazine Track and Field News, the most authoritative athletics experts of that time nevertheless chose Lipp as the world’s best decathlete of the year 1948 and the world’s best shot putter of the year 1947. However, as Lipp came from the Soviet Estonia, the Soviet government never allowed him to compete at international competitions because of political distrust. What is more, it was even considered inappropriate to officially recognise his outstanding sports results. Only as late as in 1954, was Lipp awarded the title of the USSR Master of Sports and in 1965 the title of the USSR Master of Sports of International Class.

Lipp was the inspiring role model for generations of athletes reaching adulthood in the 1950s and 1960s. He coached Heino Sild, Enn Rohula and Ants Savest in shot put, Veljo Kuusemäe and Enn Erikson in discus and gave instructions to many others.

Lipp has also been the head coach of the entire Estonian athletics team. In 1966-1970 he was the chairman of the Council of Coaches and in 1970-1976 the deputy chairman of the Athletics Federation and the leader of its Tallinn section.

In 1991 Lipp was elected the honorary member of the re-established Estonian Olympic Committee. In 1992 the 70-year-old youthful king of athletics had the opportunity to step onto the Olympic stadium at last – as the dignified flag carrier of the Estonian team at the opening ceremony of Barcelona Summer Olympics.

We will always remember Lipp as one of Estonia’s greatest persons of the century and as a legendary athlete, who did not allow the reduced political circumstances to interfere his excellent results in sports.